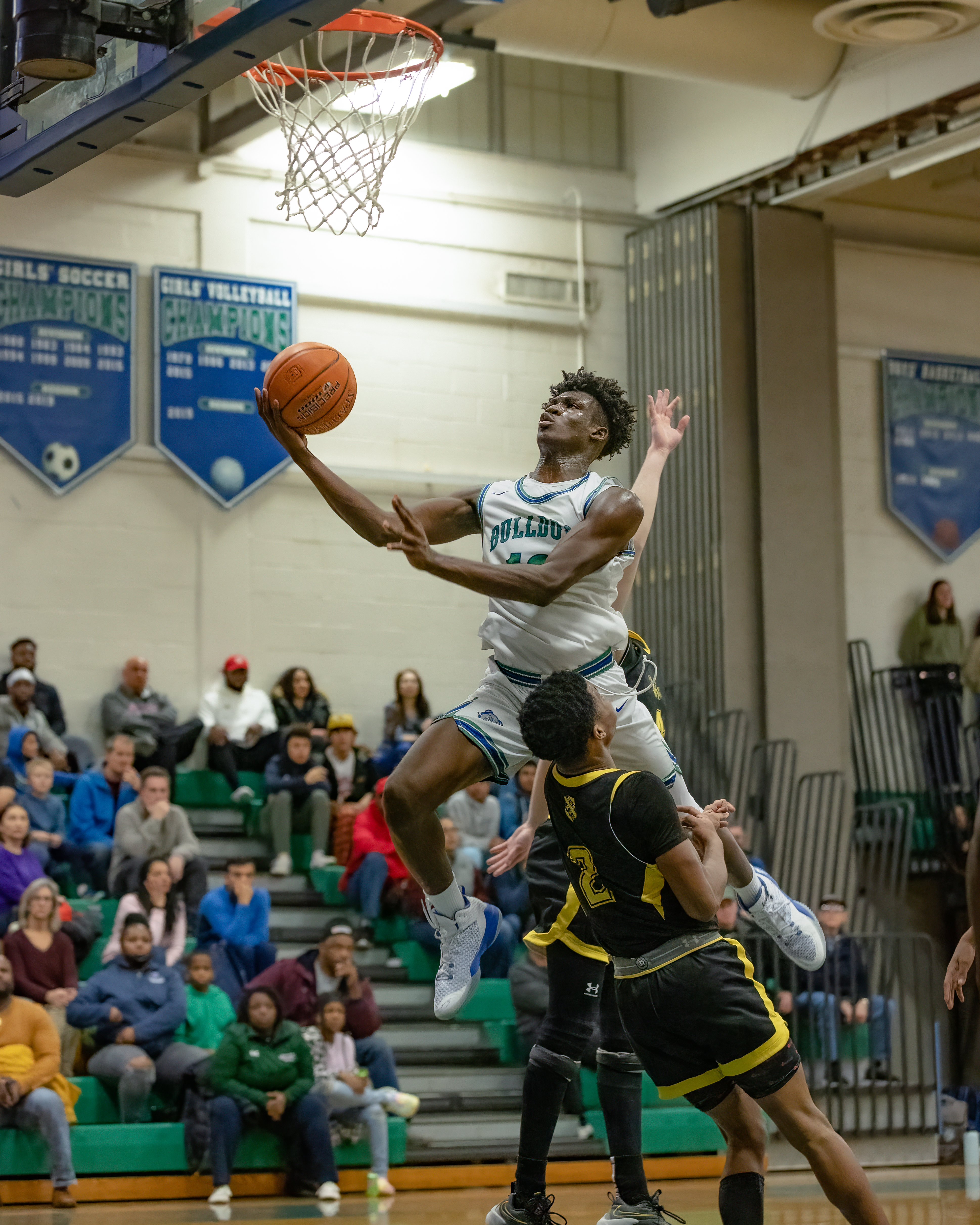 Against a solid Richard Montgomery on Friday night, with the home crowd cheering the Bulldogs on, Ezekiel Avit and Nick Goldberg scored a combined 35 points to lift Churchill to a 68-59 victory to improve to 7-1.

Churchill was missing several key players, including Isaiah Mbeng, one of their best players. Regardless, the team still got the job done.

“These guys know that it’s always been about the team,” said Churchill head coach Dave Blumenthal. “When one guy’s down, guys step up, and we had a few guys step up. I’m very proud of that.

Goldberg led Churchill with 20 points, while Avit finished with 15 points.

“We played as a team, even though we didn’t have Isaiah,” said Avit. “We played as a group, even with some young guys in, and it was a team effort to get this win.”

“Isaiah was a big loss for us,” said Goldberg. “But we just knew that we have a great team around us and that we’re just going to come in and execute and play our game.”

Richard Montgomery did showed signs of life, thanks to their best player Dante Mayo Jr., who went off for 25 points, including six 3-pointers.

“That’s what he does,” said Rockets head coach David Breslaw. “It was no surprise there. I guess sometimes we take it for granted because we expect that of him.”

The first half was relatively close for the most part, as both teams showed off strong shooting, passing and defense.

Avit put up nine points in the half, including a dunk in the first quarter that made the crowd go wild.

“This might be my last time playing basketball,” said Avit, a Maryland football commit. “Knowing that I’m going to Maryland, I’m trying to give it my all for the team and the crowd.”

While the Bulldogs led 13-10 at the end of the first quarter, they took full advantage in the second quarter thanks to the scoring abilities of players like Goldberg and Melchi Jonah. Churchill headed into halftime with a 14-point lead.

“It’s just a good atmosphere,” said Goldberg. “Everyone wants to win, everyone’s aggressive, everyone passes the ball well, and everyone can make plays.”

In the second half, the Rockets did attempt to keep it close as Mayo knocked down four shots behind the arc and multiple free throws.

Nevertheless, Goldberg knocked down two 3-pointers to keep the Bulldogs’ lead going. Finally, Ben Ash knocked down three shots from 3-point range in the final two minutes to seal the victory for Churchill.

Even though Avit is committed to playing football in college, Blumenthal said he likes coaching everyone on his team.

“I like coaching all the guys,” said Blumenthal. “Whether it’s a D-2 basketball player or a role guy, anybody that wants to be a Bulldog, strap on a uniform, and be a part of the team.”