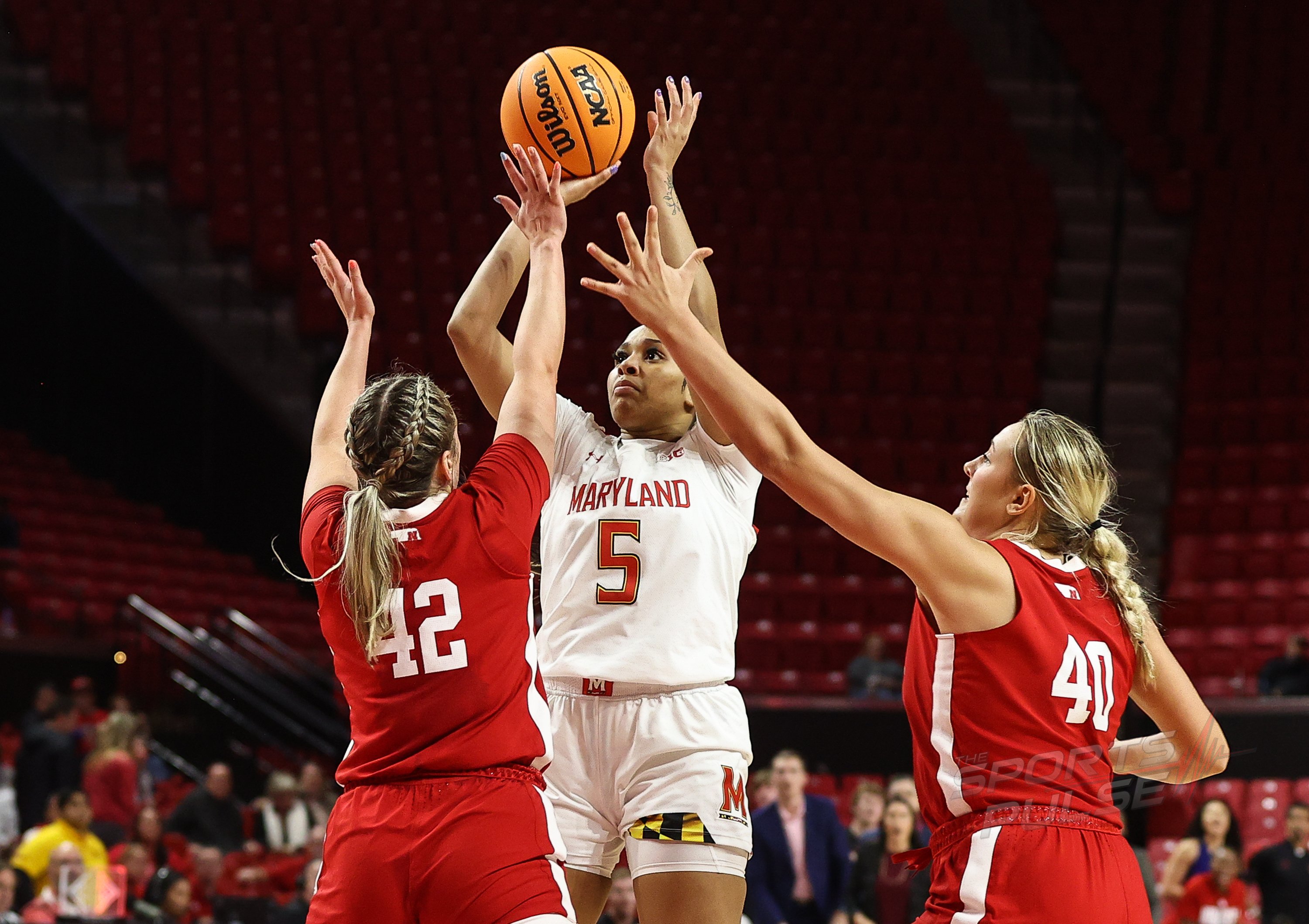 The Maryland women’s basketball team had a plan defensively against Rutgers from the opening tip: attack the ball and generate turnovers.

The plan worked to perfection as the No. 9 Terrapins generated extra possessions for more scoring opportunities en route to an 80-56 win Sunday afternoon.

In the first quarter alone, Maryland forced 11 turnovers, which ballooned to 23 by the end of the game. When Rutgers didn’t turn the ball over, the Maryland defense was there to force tough shots. The Scarlet Knights finished shooting 17 of 53 (32%) for the game.

“I thought we got back to who we are on both ends of the floor,” Maryland head coach Brenda Frese said. “Forcing turnovers defensively, then sharing the basketball on the offensive end.”

Maryland (14-4, 5-2 Big 10) made it a point in practice to work on generating turnovers and pressing effectively. The Terrapins constantly threw a full-court press at Rutgers, forcing the Scarlet Knights into corner traps. The Terps also forced multiple 10-second violations and several jump ball situations.

“We are working in practice on how to steal the ball without fouling,” guard Abby Meyers, who had three steals, said. “…I think that translated really well and helped us find the momentum.”

On the other end of the floor, Brinae Alexander had a game to remember.

The grad transfer scored a season-high 20 points, eclipsing the 1,000 career point mark. Alexander shot lights out, finishing 6 of 8 from deep, including three straight 3s in the fourth quarter.

“1,000 points means a lot,” Alexander said. “Credit to my teammates for finding me and getting me open looks. … I feel great.”

Meyers, who reached the milestone earlier this year, chimed in, saying “you should” between questions during the postgame press conference.

One of her open looks came when Alexander was on the cusp of the milestone, and the bench was telling her to shoot.

“I didn’t know exactly if I was one or two points shy, but I saw Abby coming down, so I was like, ‘I’m going to get Abby a quick 3,’” Alexander said. “But the bench was screaming at me, and I was like, ‘I guess I’ll shoot it.’ It went in. It feels good.”

Overall, the Terps scored 10 of 25 from 3-point range, but it wasn’t just from the outside where Maryland had an advantage.

In the first half, the Terrapins made an effort to get the ball inside and let Diamond Miller and Faith Masonius work in the paint for scoring opportunities. Half of Maryland’s points in the first 20 minutes came from inside the paint as the Terrapins built a 44-28 lead.

While the Terrapins generated turnovers, it wasn’t the only thing creating extra possessions.

Maryland finished with 16 offensive rebounds and scored 15 second-chance points compared to just six from Rutgers. Meyers said that those hustle plays helped change the momentum in their favor.

The Terrapins will now get set to hit the road for five straight days as they head to face Wisconsin on Thursday and Nebraska on Jan. 22. The team hopes it continues to build off the win.

“Going on the road in league play is really tough,” Frese said.

“Back-to-back with Wisconsin and Nebraska, who gave us our first conference loss at home, I expect we will be highly motivated. I think they want to continue to win and play the right way on both sides of the ball. [I’m] hopeful that in these difficult environments that we’ll come ready to play.”