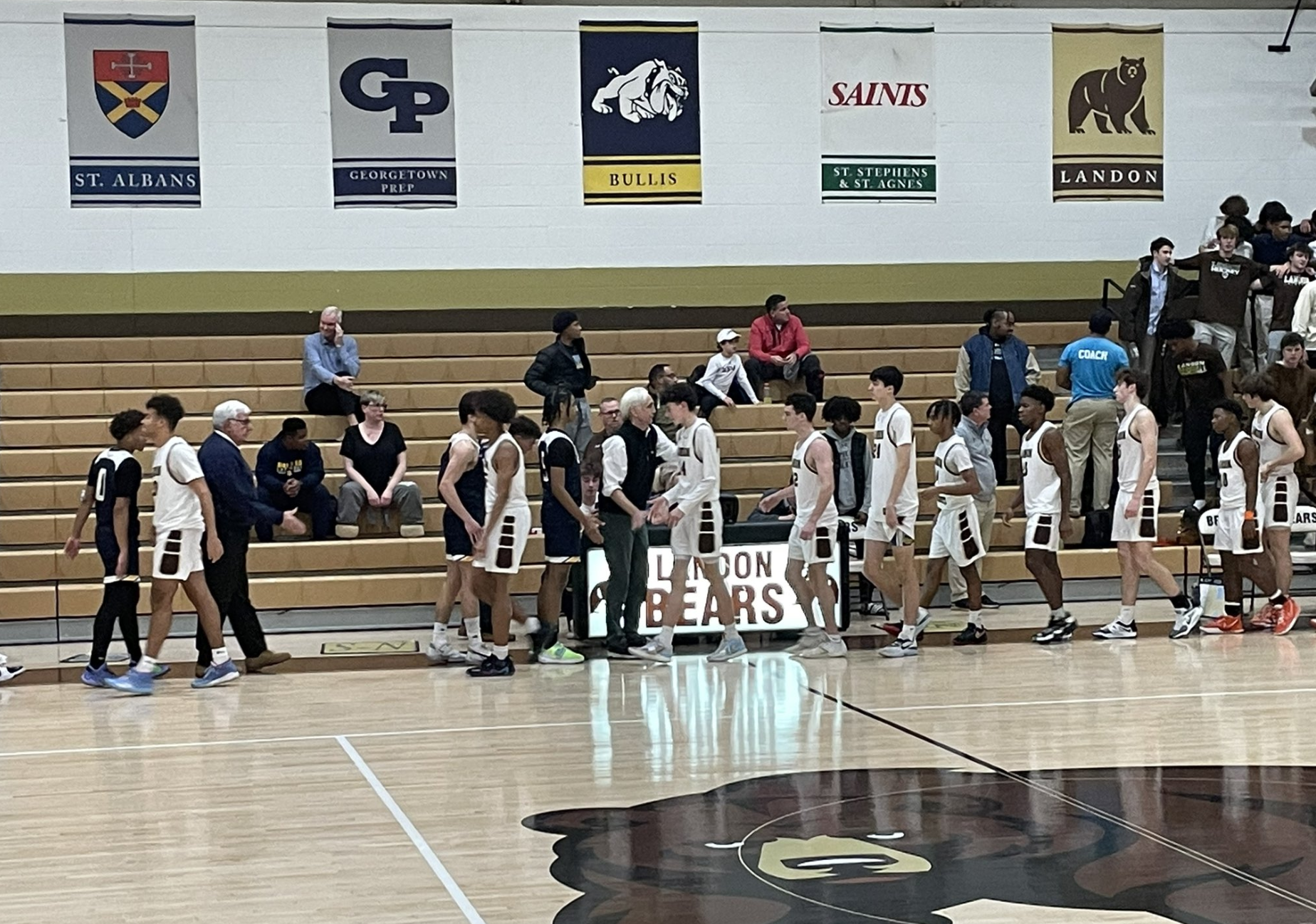 BETHESDA – The Interstate Athletic Conference basketball season is nearly three-quarters of the way complete, as a scorching hot Bullis squad with only one loss visited Landon on Tuesday night.

After a slow start, the Bulldogs got themselves together and dominated the rest of the way for the 69-48 victory over the Bears to improve to 16-1 overall this season.

“We have so much respect for Landon, and their style of play has added a really tough dimension to prepare for,” said Bullis head coach Bruce Kelley. “We’re fortunate we have some players who can handle the ball under pressure situations.”

Tyler Boston led the way for the Bulldogs with 22 total points, while his teammates Caden Diggs and Nick Viquiera followed that up with 13 and 10 points, respectively.

“I think it was really within a team effort,” said Kelley, “because other boys might not have scored as much tonight. But they were equally important in our victory.”

Meanwhile, Landon’s leading scorer on the night was Tyler Perkins with 21 total points, including 17 points in the second half.

The first quarter began close, but the Bears pulled away with a 3-point lead, thanks to Ari Hobner’s eight points.

However, the second quarter is when Bullis came alive with its play. Boston, Diggs and Adrien Stephens helped knock down several shots from 3-point range to lift the Bulldogs to a 27-20 lead at the half.

Bullis’ lead increased by as much as 20 in the third quarter as the momentum swung in their favor.

Boston stepped up big time in the third with 11 points, including two 3-pointers and five free throws.

“We played together today,” said Boston. “We got defensive stops and had them for a long time on the defensive end.”

Perkins did his best to keep Landon in the game with his 17 second-half points, but it wasn’t enough to catch up with red-hot Bullis.

“I didn’t have the team ready to play,” said Bears head coach Hajj Turner. “I didn’t do a good enough job of getting the guys ready to play.”

With only one loss through mid-January, Boston and Diggs feel optimistic about the rest of the schedule heading into the IAC playoffs.

“It’s big for us,” said Boston. “But we know there are more teams to come. We can’t look at the past; we’ve got to move forward.”